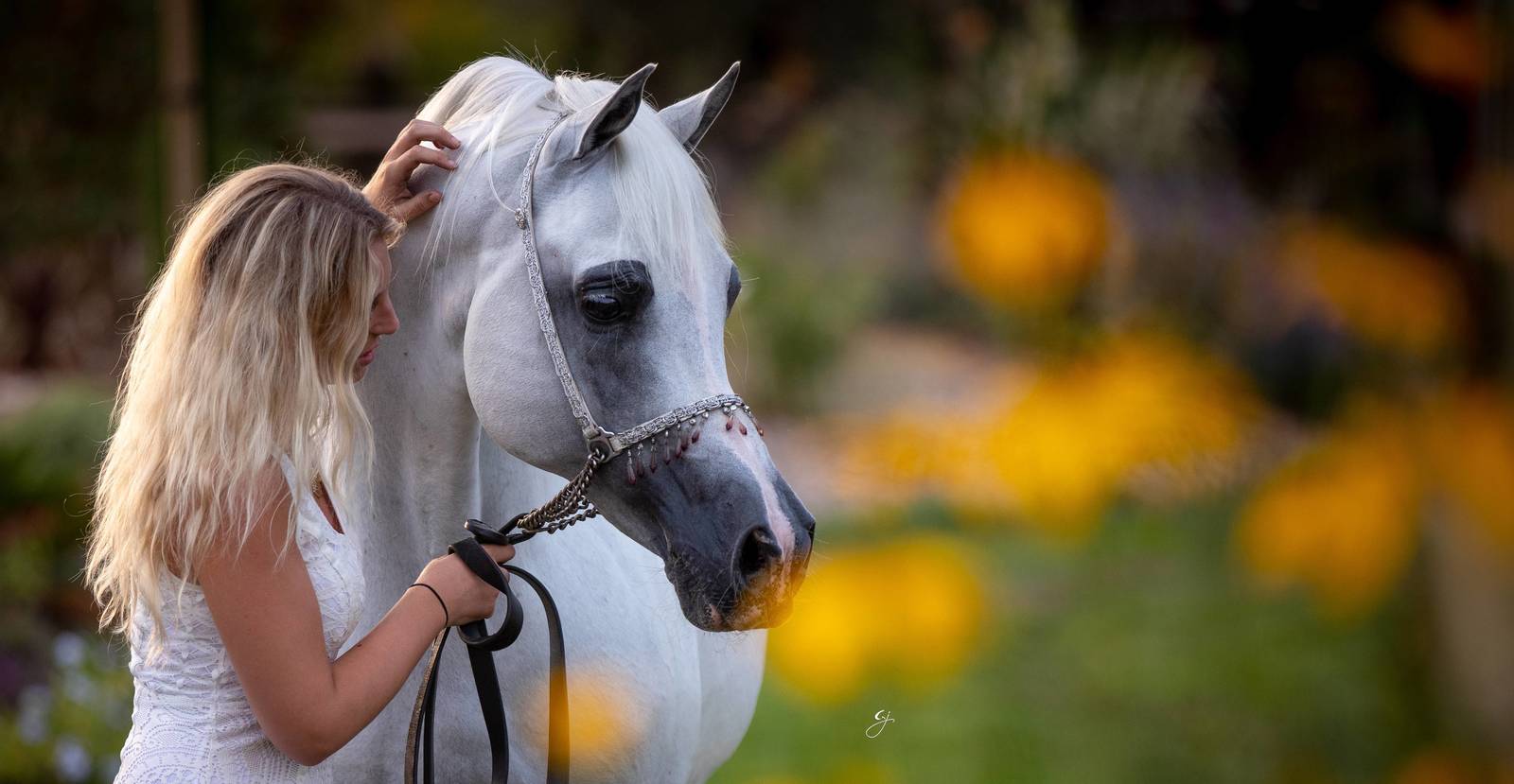 The adventure started with a child, a young girl born with a passion for the horses. Even before she could talk, Jennifer Dhombre started horse riding at three years of age.

Just a few years later, she completely felt in love with The Black Stallion by Walter Farley and wanted to know more about the myths and the legends of the Arabian horse.

Her passion for the Arabian horse was immediately ignited. It became obvious that, at just seven years old, she wanted to be a breeder and she started to study pedigrees, teaching herself about the different bloodlines. Gifted and precocious, at 12 years old, Jennifer began to study genetics, She had a clear goal – to become an important breeder of Arabian horse.

A few years later, thanks to the love, faith, and support from her parents, who believed in her dream from the word go, the first Arabian mare came in to her life. This was the very special Al Najba de Lam (ex Sadowa de Lam by Pegase EF), a daughter of AS Sinans Pacha (Ansata Sinan x Saskia RJ by Plakat). This mare became the foundation of Kalliste Arabians. Jennifer, now 14, built an extraordinary relationship with this special mare. She learned the first steps of the role of a breeder together with the help of Alain and Anne Marie Coural, her other, close to her heart, family.

A few years later, again, thanks to the never ending support of her family, who were horse novices, the beautiful gentleman BS Specific (Sandstorm JC x Basara Saiyana by Mel Nebli) became her first stallion. With him, Jennifer discovered learned first-hand about managing a horse’s career as well as about top level horse shows. First, BS Specific won at national level before becoming European Champion, raising the French flag high in 2007.

It was following this success that the Kalliste Arabians breeding program officially started, in 2008.

Jennifer’s dream had finally become a reality – but this was just the beginning of the biggest adventure of her life. New mares joined the breeding program. All were valuable to Kalliste Arabians, and each was selected with care.

A few years later, Bertrand and Christine Valette also helped Jennifer in her journey, improving her skills. She became an artificial inseminator in 2015 and then started her judging course in 2018.

Having moved to a new location for Kalliste Arabians, Jennifer developed her own safety protocols for everyday life at the farm, especially her own foal education system that she teaches to all her staff. The wellbeing and mental health of her horses are an absolute priority.

The dream Jennifer had of being a breeder making her own way was becoming reality.

Today, Kalliste Arabians is considered today as one of the most serious private Arabian studs not just in Europe, but worldwide. 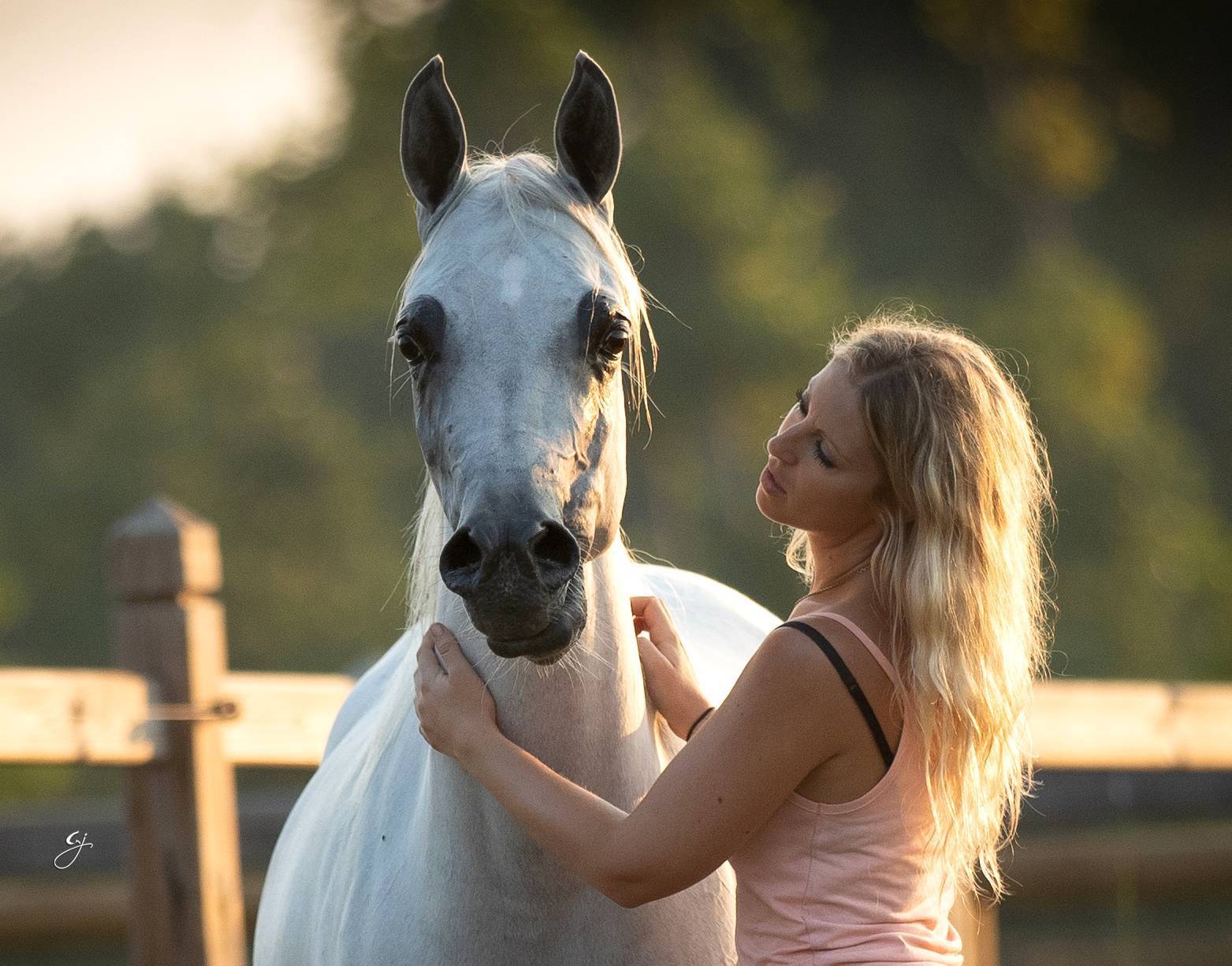 "In order to fulfil our dreams, we have to work hard and with passion. Sometimes we must through our own limits. But it is worth it. My fantastic parents Martine and Claude Dhombre have always given me an endless support. And when we moved to the new farm, my ex-boyfriend Aurélien Nouailles was also working for and helped me a lot. I just feel so grateful to them all to for their never ending support : without them my Dreams would not be complete."

In 2014, the wonderful national and international homebred champion, Mirwannah Kalliste (Marwan Al Shaqab x Nakubaya Kossack by Kubay Khan), still considered one of the best Marwan Al Shaqab daughters worldwide, was named Silver Champion at the prestigious Menton Show, representing not only Kalliste Arabians but also France. Mirwannah Kalliste then won her class at the All Nations’ Cup in Aachen and was awarded World Top Ten at the Paris World Championships. 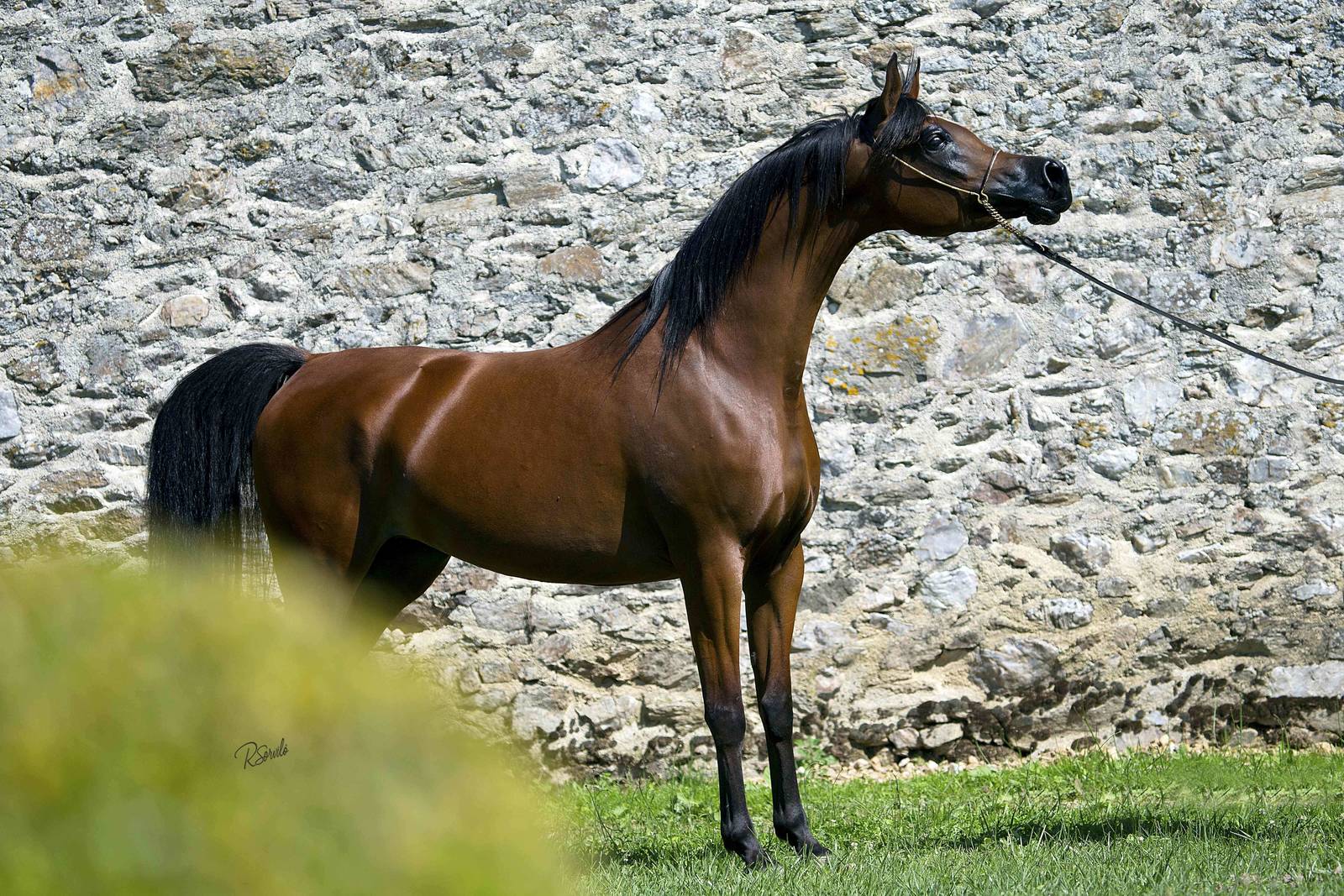 A special moment came when Jennifer’s homebred mare, Mirwannah Kalliste, gave birth to her first foal. From the moment he was born, he was spectacular, and his name is Wortex Kalliste (by Shanghai EA by WH Justice).

Wortex Kalliste is now well known around the world for winning international titles Europe, the USA, and the Middle East. As a yearling, with his breeder and owner Kalliste Arabians, he won the Gold medal at the European Breeders’ Cup in Chantilly and at the International show in Deauville. He then became Junior and Senior Gold European Champion for France, Gold Champion at his first Qatar title show, and Gold at the legendary Scottsdale Show in the United States. At three-years old, Wortex Kalliste won Silver at the Breeders World Cup both in Chantilly and in Las Vegas, and also at the Rolex Cup in New York. At five, Wortex Kalliste took Top Ten in Paris.

A true show phenomenon on different continents, Wortex Kalliste is known as ‘the dream maker’ by his numerous fans. He is a stallion in a million who is creating his own legend despite the different pressures from the show scene, such as politics and money, while remaining the property of his breeder, owner, and manager, Jennifer Dhombre. His first daughter, bred by Kalliste Arabians in the USA, Wonder Kalliste (ex H Embrace H by Besson Carol), won a Silver medal on her first time out. Meanwhile at Kalliste Arabians, some rare gems of Wortex Kalliste are getting ready for their debut on the international scene. 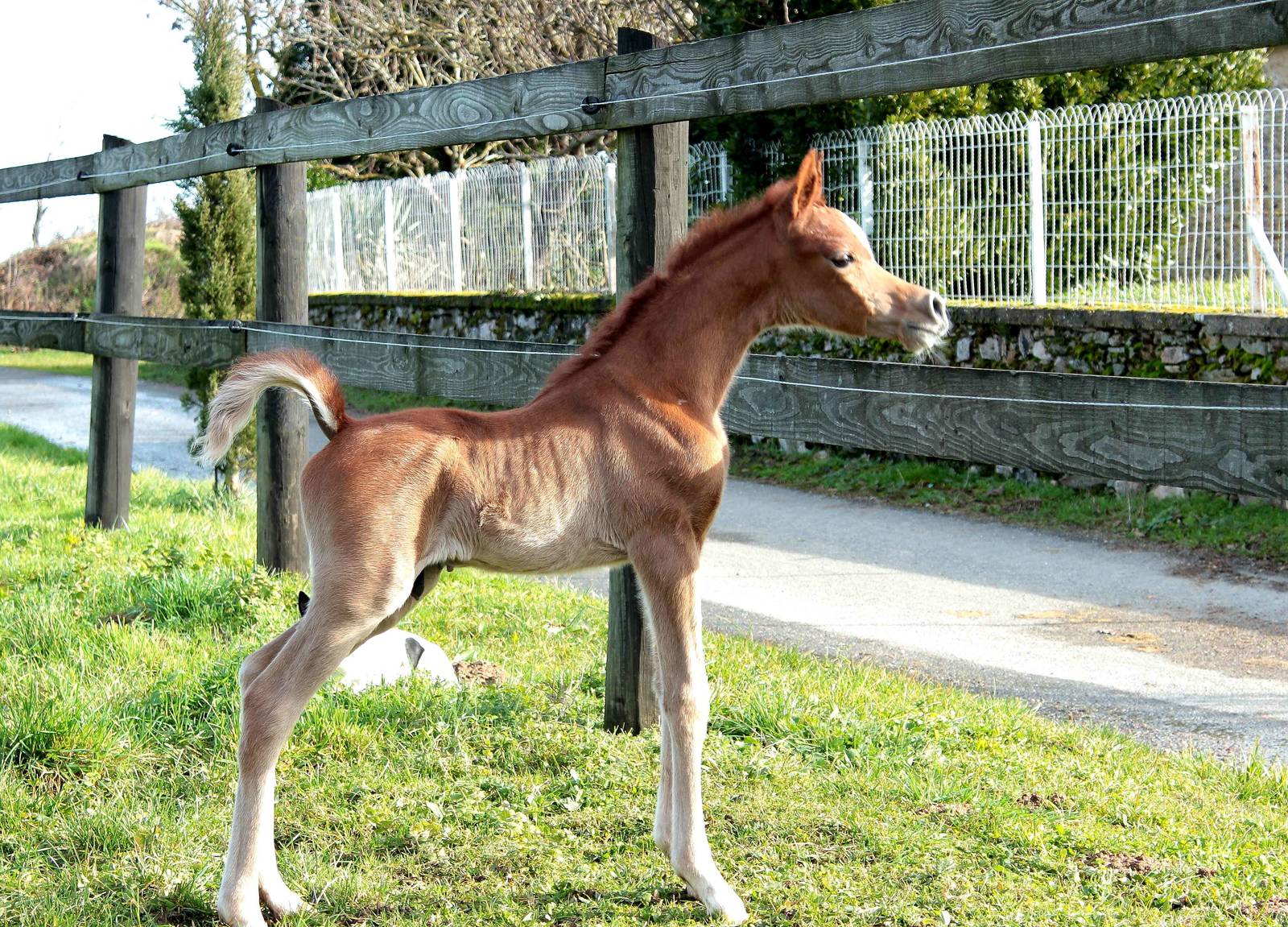 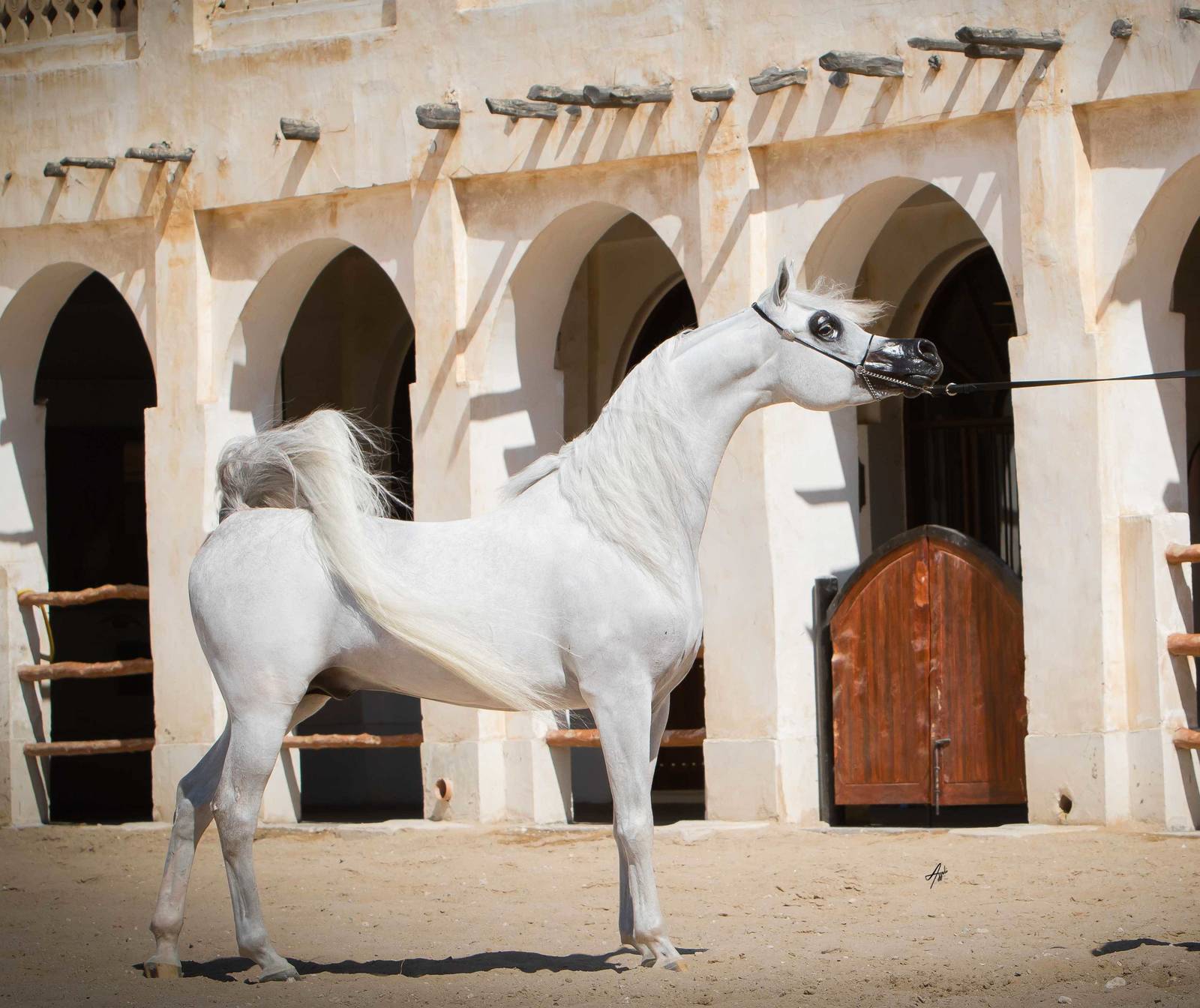 In Europe, Wortex Kalliste's half-brother, Styx Kalliste (ex LA Saalmah by BS Specific), also bred by Kalliste Arabians and affectionately nicknamed ‘my beautiful giant’ by his breeder, has already won a Gold medal at the European Breeders’ Cup, two Gold medals at the French Nationals, and another at the International Deauville Show. As grandson of BS Specific, he is considered as his heir at the stud. Styx Kalliste is a very special stallion, extremely tall (1.65m) and functional, he is charismatic and refined despite his impressive size. Sadly, his show career came to an end following a tragic accident in 2019 that left him with only one eye, but his genetic power stays intact. His first son to be shown, Heracles Domitia (ex HG Sweet Fantasty by Psyrasic) bred by Flavie Allman, continues this line and he easily won the championship title at the French Nationals as well as various international titles in 2019. 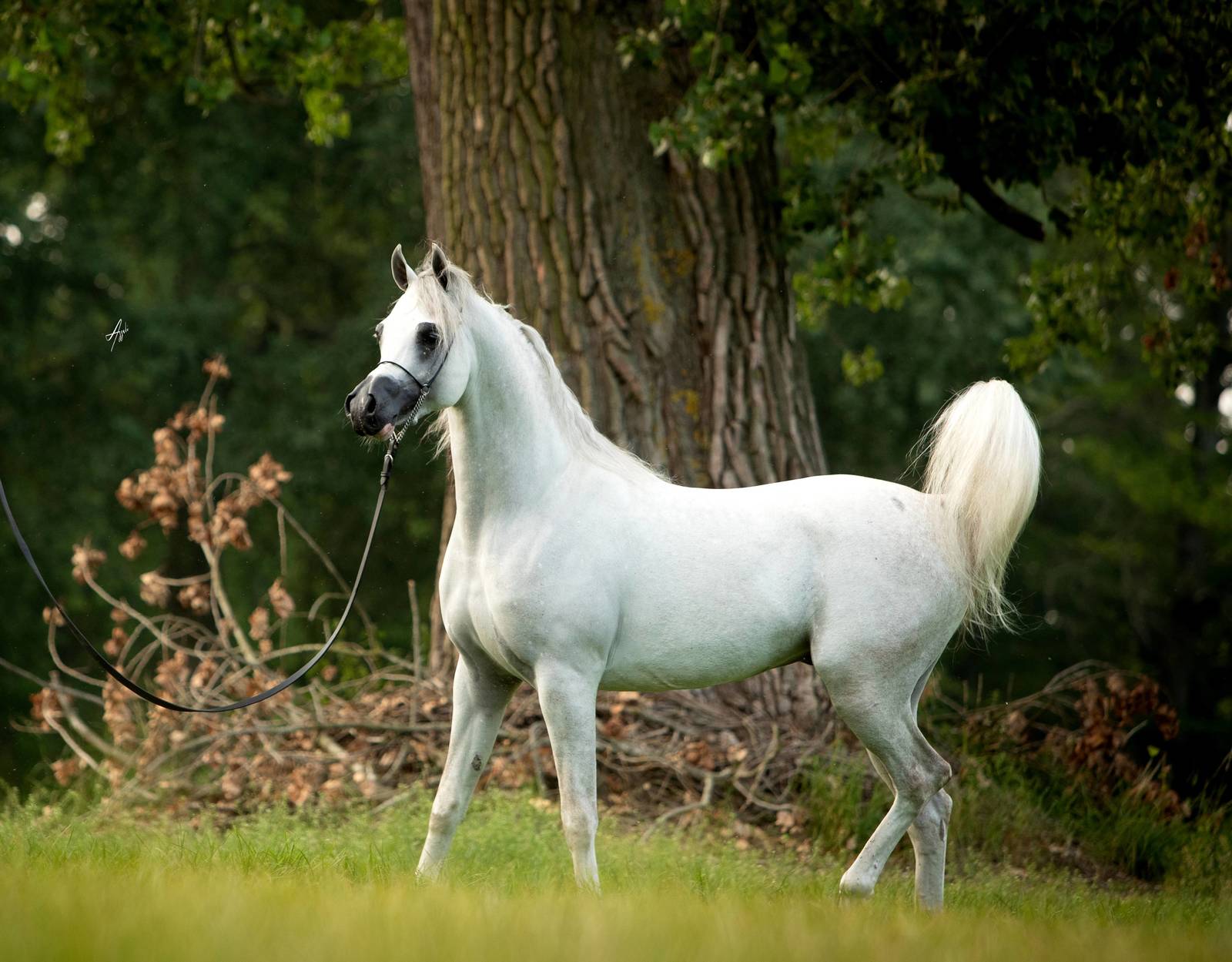 The next generations continue to arrive at Kalliste Arabians and with them the 2015 stallion Ares Kalliste (EKS Alihandro x Avalon Miss Kalliste by Marajj), named French National champion as a foal. He is truly a hidden gem. Some secrets are made to be kept secret in order to be shared eventually in a marvellous way. His first foals are absolutely breath-taking. And, even better, his genetic power is reinforced by the birth of his full sister, Arte'miss Kalliste, in 2019. She is probably one of the best marvels of Kalliste Arabians as we speak. 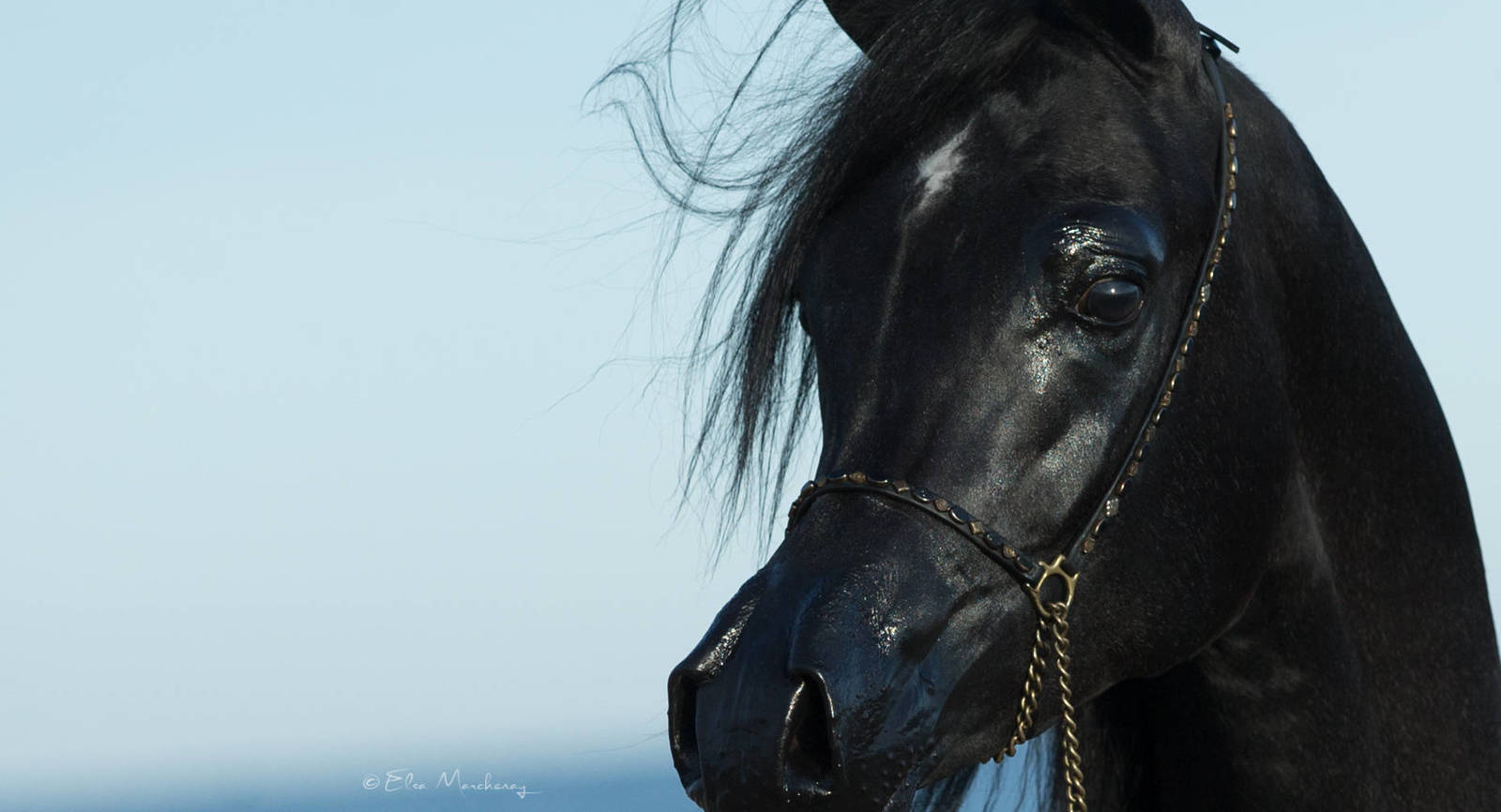 In the USA, the American dream continues with a young talent in the making, a certain Versailles Kalliste (Na’mous Al Shahania x Ekzactly by Versace), the product of a well-thought linebreeding around the legendary Versace. At his first show, he earned his first gold medal, setting him on the path to the Scottsdale Show where he became Silver Junior Male Champion in 2020. Versailles Kalliste is a very serious and exotic colt who seems to have a magical future ahead of him. 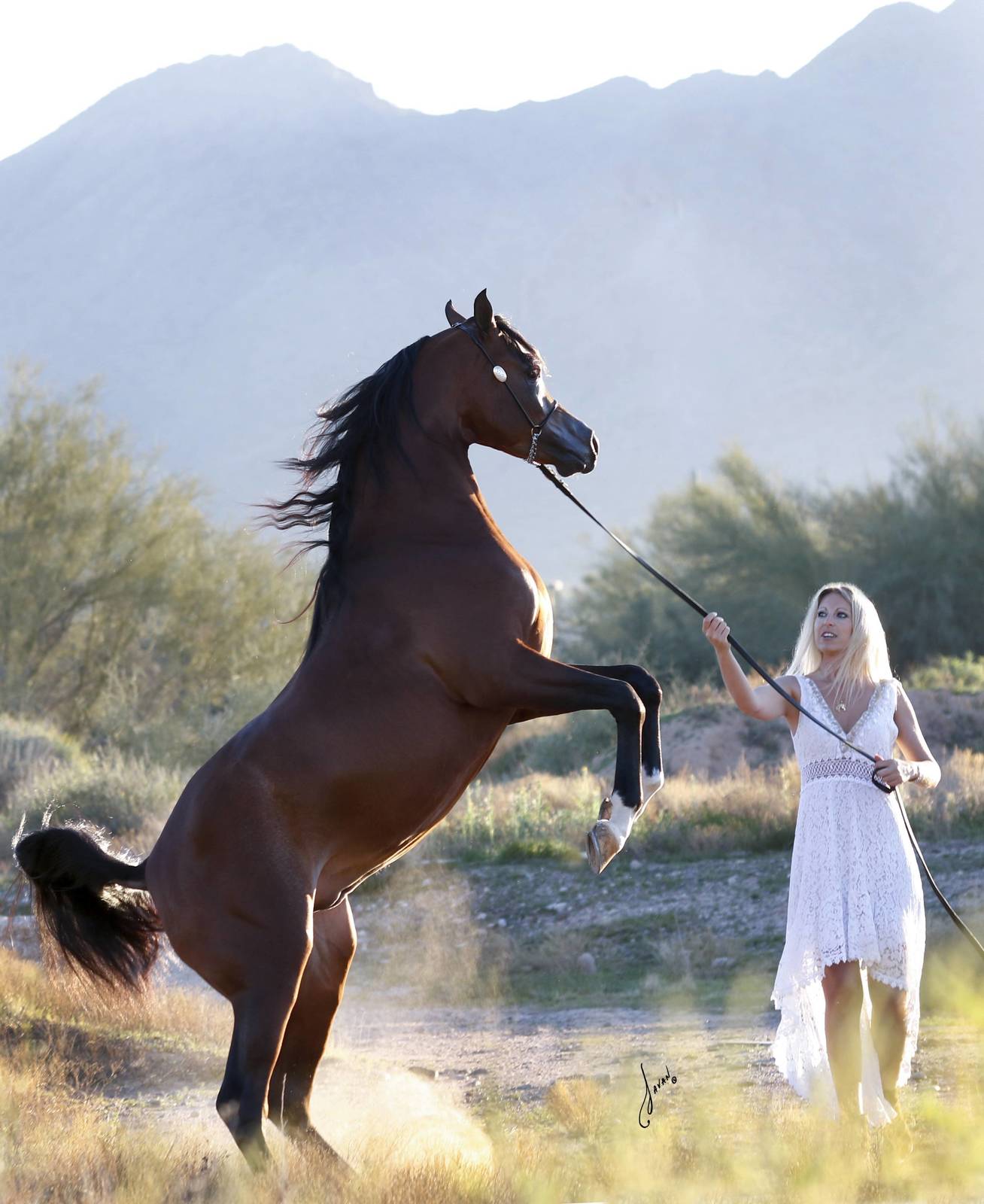 "Our story is written every day, and we wish to share it with you through our horses and passion.